Boukie is a London based Musician experimenting within electronic music.

Boukie moved to Hackney, East London from Kingston, Jamaica at a young age, and then on to Walthamstow.

Over the years, through his travels between Kingston, London and Philadelphia, he has been inspired to explore the sound spectrum.

Boukie was introduced to electronic/minimal music by MTV European music Award winning Duo  vocalist Jazzu and producer Leon Somov, friends he met on the London music scene.  Boukie then went on to be featured on Leon’s debut solo album “No Batteries No Toys”.  Since then he has been featured on releases around Europe and the UK from artists such as members of  the “Old Apparatus Collective, Domas Aleksa, Jonas Drema and more. ..

Boukie also played Drums for Saa (sound of Saa) and released his own self produced conceptual experimental EP  “PHRAKTURE” in 2017.

Supports include hip hop legends “Mobb Deep” in Galapagai festival with Leon Somov , and performances included  the internationally renowned jazz festival Kanus Jazz, where he performed spoken word, as well as rapping and singing.  He has opened the Oxford jazz festival on the drums with Danny Keane – piano (Anouska Shankar, Mulatu Astatke), Sven atterton – bass (Omega Supreme), Chris lee – trumpet (pigbag) and mike Hobart- saxophone (financial Times Jazz Critic). he has also played live on jazzFM, and was featured by Jazzfm on the Upcoming jazz star stage Held at the Kensington roof gardens.  Boukie has played groundbreaking festivals as a drummer such as Glastonbury, BoomTown and more. . He has also performed as a percussionist in the world class Urban Soul orchestra and made various performances on TV and music videos with neon jungle, Robin Thicke, Jessie J, and live performances with Suggs of madness, Hamish Stewart of the Average White Band more… 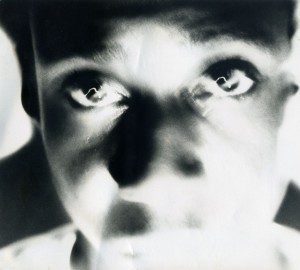